February 24: Something to look forward to! 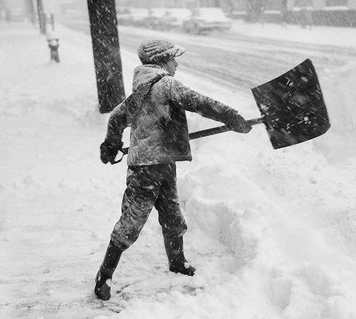 There are many effective ways to fight the February Blues. Just open up the googler and  you’ll find a hundred links to daylight lamps, cozy weekends away and the latest trend: people gathering together, cozying up with blankets, pillows, candles and eating the most comfortable of comfort foods and hashtagging Hygge (Hooga) the Danish key to happiness!

So between now and February 24, throw yourself a #Hygge party and grab a calendar because one of the most common tricks to get through February is to plan something to look forward to!

At Famous Last Words, on February 24 at 5:15pm, we will gather again for some fun and fabulous readings with a Q and A to inspire your reading, your writing and your living!

“All eyes are on Beata Bell, descendent of the great Frances E. Shaw. Bets are placed on which amazing power she will inherit. Flight? Telekinesis? Super hearing? Only Beata Bell remains stubbornly, infuriatingly, and inexplicably normal. Sidelined, she must face the painful reality that she might never live up to everyone’s expectations. But the Super world can’t seem to leave her alone! When a new villain threatens the city, Beata is launched into a whirlwind of mystery, danger, and conspiracy. With a totally normal skillset, she must exhaust all her wits and courage to save her friends—and to survive.:

“The Scent of Mogra and Other Storiesis a collection of four short stories about strong female characters dealing with difficult life-changing situations. The turmoil that they face is, often, the result of a social structure that discriminates against women. Through these powerful women characters, the stories reflect attitudes and ways of life in a village in India, and in modern day Mumbai; they highlight the values of an older generation, and the dreams of a new one. Beneath all their differences, The Scent of Mogra and Other Storiesilluminate the quality of women’s lives, exposing the pain, the injustices, as well as the triumphs that make up their existence.”

Sky Curtis joins us again with PLOTS from Inanna Publications

“Robin MacFarland is a smart, funny, self-deprecating journalist who works for the Home and Garden section of a major Toronto newspaper while she grapples hilariously with her weight, drinking and spirituality. The city news is slow and Robin has been assigned to dig up a real estate development story in cottage country near Huntsville, Ontario. Her editor has given her a long list of potential angles including water pollution, light pollution, traffic congestion, boat traffic, taxes, electricity costs, golf courses, fertilizer, algae blooms, land grants and native rights. Robin and her feisty best friend Cindy, a crime reporter, head north and immediately stumble upon a body mangled by a bear in the forest next to Robin’s cottage. Robin is suspicious that the victim’s death has been disguised to look like an accident, but no one, including her new boyfriend, cop Ralph Creston, believes the person was deliberately murdered.”

Rebecca Higgins with The Colours of Birds from Tightrope Books

“Rebecca Higgins’s characters do weird things in their attempts to negotiate the world. They steal books and hide in bathrooms and treat grocery receipts like tarot cards. They may want solitude, even escape, but they don’t want to be invisible. They move between isolation and connection—on the internet, at uncomfortable parties, in a tent after Hurricane Katrina. These stories are about friendship and loneliness and the awkward, fumbling ways we try to love each other. We lie and leave things out, so often torn between hiding ourselves and needing to be seen.”

This is a reading series where prose writers present their work. We are dedicated to promoting new work and prose published by Canadian independent publishers.